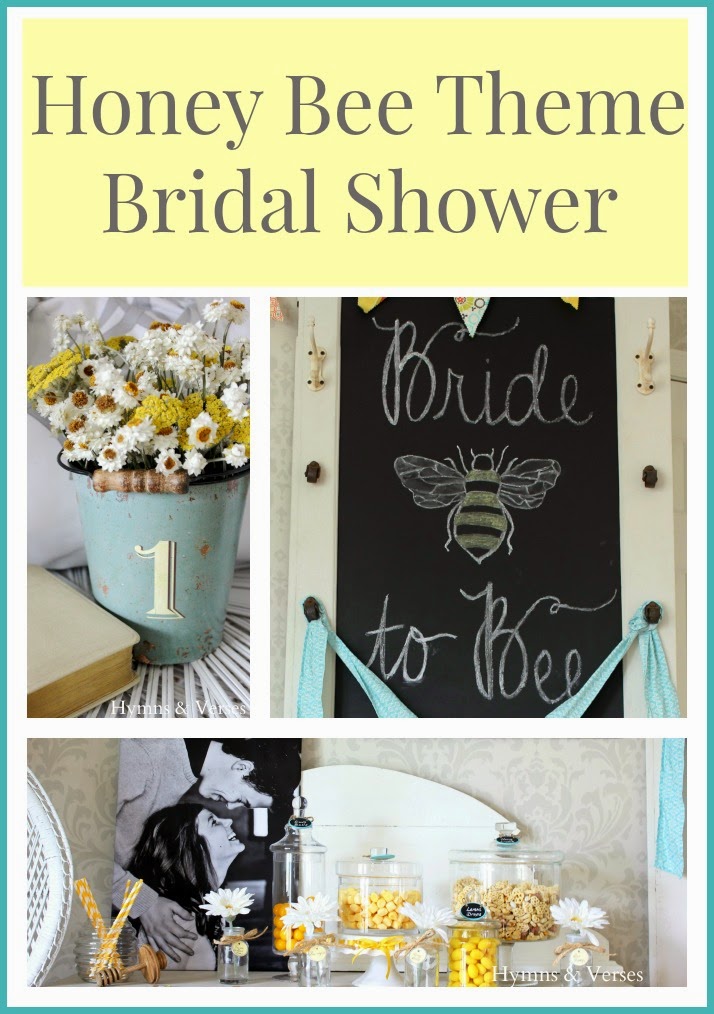 This is the final post from the Bride to Bee bridal shower I hosted last weekend !  If you missed the first post, you can see it HERE.   You can find the second post HERE.  Today I’m going to share the fun dessert I made and a few other details!  To keep with the theme, I saw this bee hive cupcake pan on Pinterest and had to get one to make mini bee hive cakes for the shower! 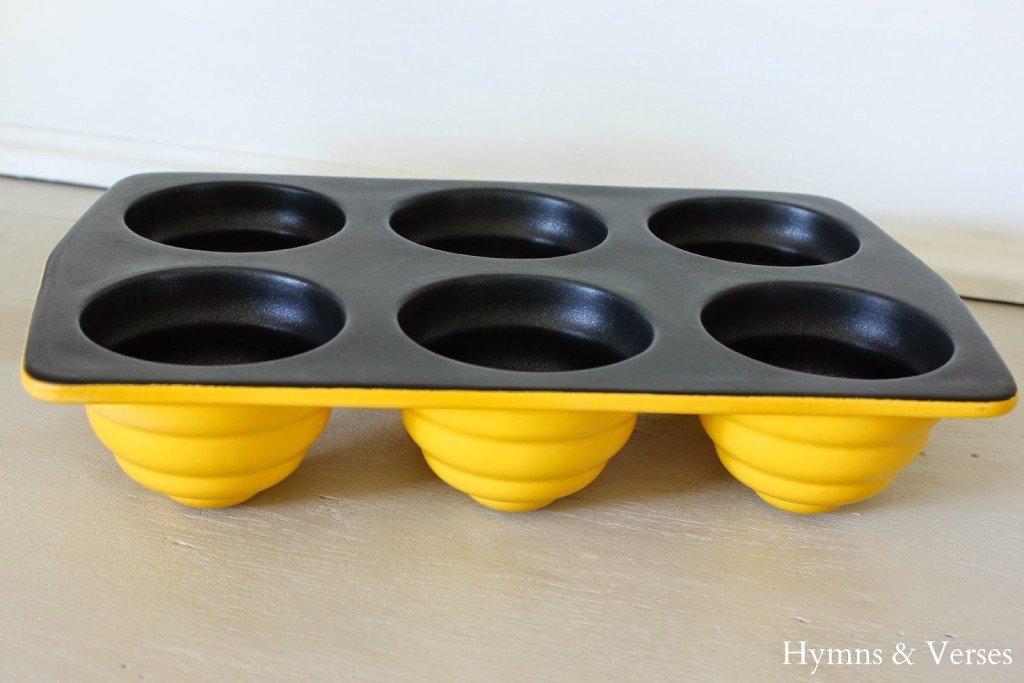 I made a lemon cake with a lemon glaze and a few fresh blueberries added on the plate.  The cakes were the perfect single portion size and were delicious! 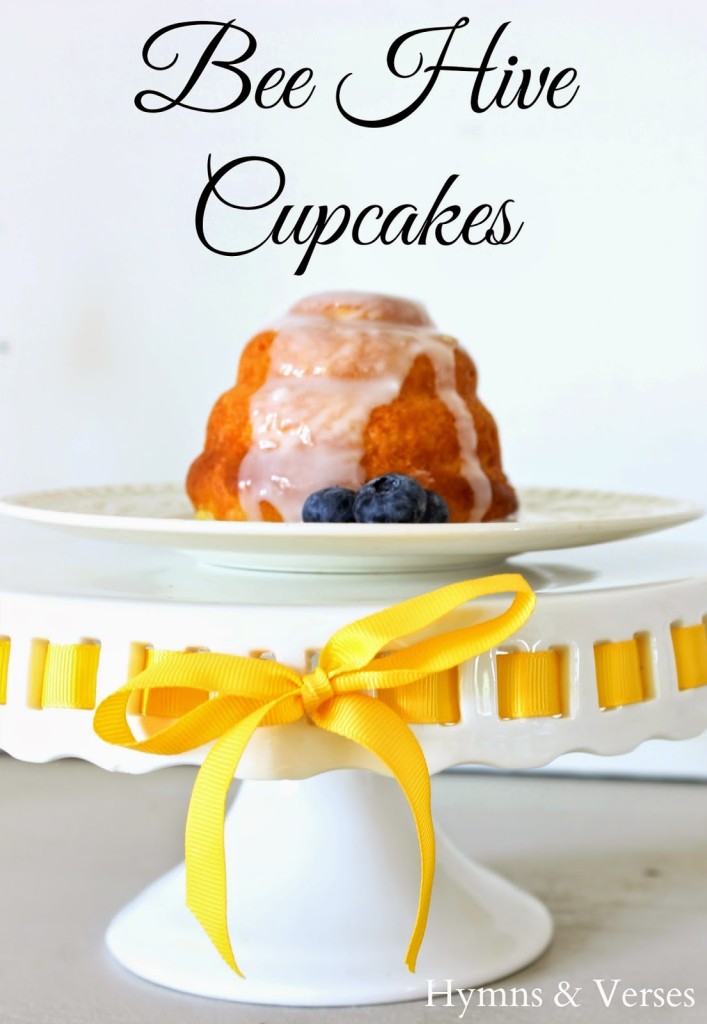 Another thing that I just had to purchase for the shower is this bee hive shaped beverage dispenser!  I saw it at TJ Maxx one day and quickly put it in my cart!  I already have a large jar beverage dispenser that is green glass, so this one coordinates nicely!  I used it for lemon water and the larger dispenser for a citrus punch.

Finally, I did a few special things for the little girls who came to the shower.  They each had their own special drinking jars and striped straws.  The jars are recycled Starbucks beverage jars that I had saved.  I also made bumblebee headbands for the little girls.  I found the sparkly black headbands at JoAnne Fabric for $1 and then used two black pipe cleaners, twisted together for strength, to make the antennas.  A hot glued sparkly yellow pom pom on each end was the finishing touch.  The little girls really liked them and I wish I had gotten some photos of them bopping around with the springy headbands!

Can you tell I had soooo much fun planning this shower!  It’s a great theme that could be used for a baby shower as well – Baby to Bee!
Here’s the recipe for the lemon cake I used for the mini cakes.   It’s so easy because it starts with just a box mix, but gets that something special with the addition of sour cream and pudding.  This cake would also be good in a simple bundt cake pan!
Moist Lemon Cake
1  box lemon cake mix
1 3 oz. box instant lemon pudding
4 extra large eggs or 5 large eggs
1 cup sour cream
2 teaspoons lemon extract
1/2 cup oil
Bake at 350 for 20 – 25 minutes until golden brown.
Lemon Glaze
1 1/3 cups powdered sugar (or more)
3 tablespoons fresh squeezed lemon juice
I’ll be back later this week to share some fall decor!
Sharing today at:
Stone Gable