I’ve been wanting to write this post for some time now, but ended up exploring some family history in the process.  I first searched the internet for sand tarts and found that apparently there are three different kinds of cookies that are all called sand tarts, but they are very different.  The sand tart cookies that I am referring to are a very thin, cut out cookie.   From what I have found, this type of sand tart seems to be most prevalent with the Pennsylvania Dutch. 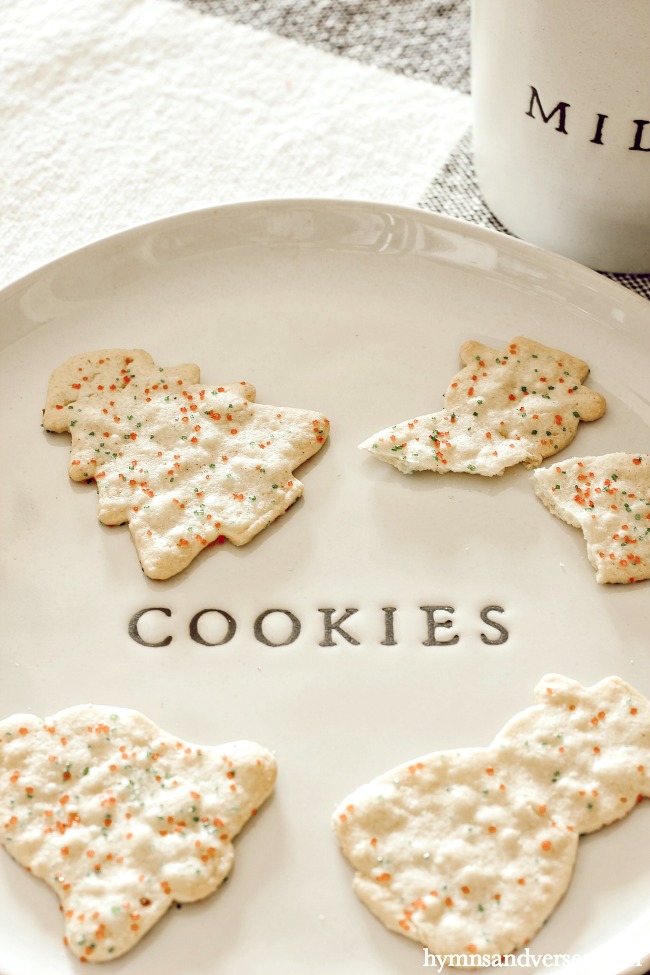 *This post contains some affiliate links.  Please see my full disclosure statement HERE.
One of my fondest childhood memories is making these delicate cut out cookies with my grandmother and her sisters, Ruth and Mary.  The three ladies would gather for an all day cookie baking extravaganza!  They would make the dough the night before and keep it in the refrigerator.  Then, in small portions, they would roll out the dough as thin as possible, and cut with cookie cutters.  The sand tarts they made were sprinkled with colored sugar, at least that’s how I remember them.    Those ladies would spend the entire day making just these cookies and then store them in large tins on my grandmother’s summer porch, as she called it (it was an enclosed porch with windows, but not insulated or heated).  Sand tarts are best when kept in the cold.  It keeps them crisp!  From then until Christmas, I would have these cookies with milk.  There were so many, they never ran out until the Christmas day festivities. 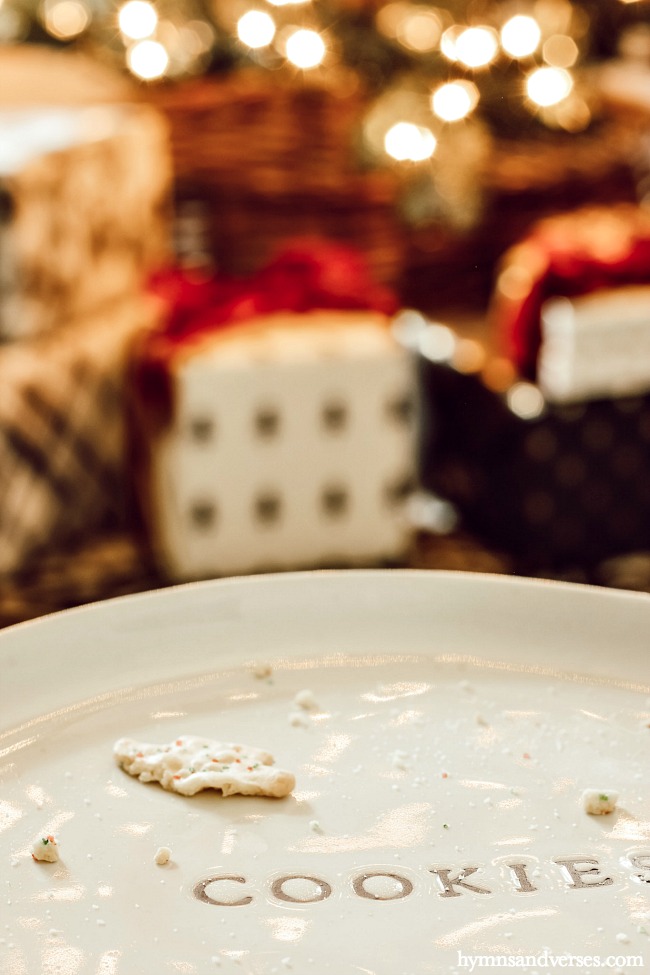 When my great-aunt Ruth died, I purchased all of her recipes from the auction.  I have searched through these handwritten  recipes many times to find something I remember having as a child.  I have other sand tart recipes, but I believe this is the original one that was used by my grandmother, Mabel, and her sisters, Ruth and Mary.  At the bottom of the recipe is the name, Mrs. Ashman.  I believe this was Mrs. Ida Ashman, born 1865.  She and her husband, Sigal, owned the farm that my grandfather purchased.  My father, Evan, built a home on the same property when he and my mother married and dad worked the farm with my grandfather. 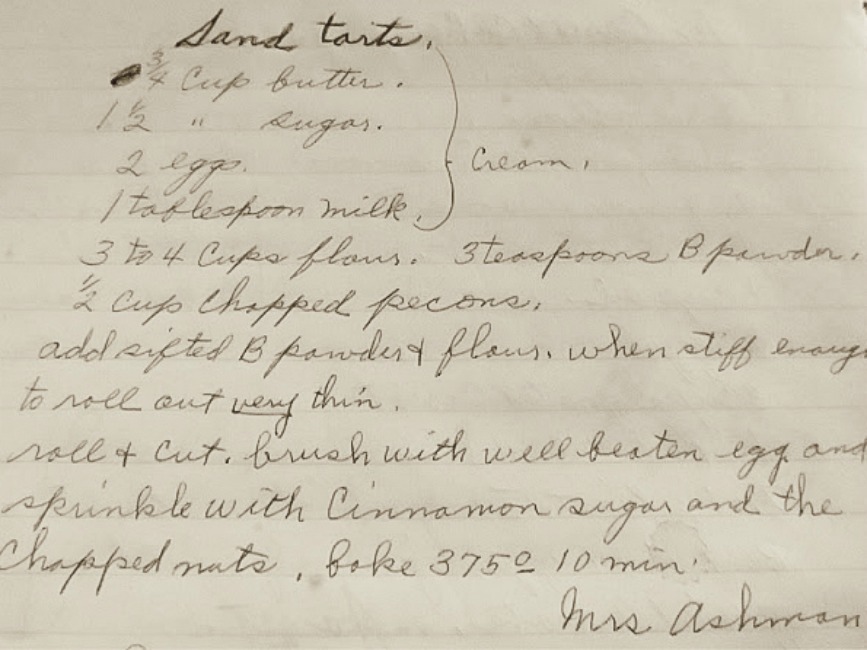 The farm was known as the Ashman Farm and was built in 1792 by Colonel George Ashman, who fought in the Revolutionary War.  The Ashman’s were from England and came to America around the middle of the seventeenth century.  The farm was passed down to Sigal and Ida Ashman at some point.   My grandparents were married in 1914 and my father was born in 1930.  I’m not sure of the exact year that my grandfather purchased the Ashman farm, but I know my father was born in the farmhouse in 1930.   This little bit of history, is all to say that this is a very old recipe!

The original recipe says to brush with a well beaten egg and sprinkle with cinnamon sugar and finely chopped pecans.  I have seen the sand tarts like this a lot here in Lancaster County and this is probably how they were first made.  Also, I think they were originally just cut in simple shapes and later with tin cookie cutters.  I imagine that when colored sugars came along, people began to decorate the cookies with that to look more festive for Christmas.  Here are a few of the tin cookie cutters I have from my grandmother.

So, if you want to try these thin cut outs, my best advice is to keep your dough as cold as possible and only use a small amount at a time.  This will make it easier to roll the dough very thin – so it is almost transparent!  Use plenty of flour on your rolling surface to keep the dough from sticking.  I also remember my grandmother using a rolling pin cover.  I think that also helps to keep the dough from sticking to the rolling pin.  And, watch them carefully in the oven. They bake very quickly because they are so thin. Thanks for indulging my little trip down memory lane!